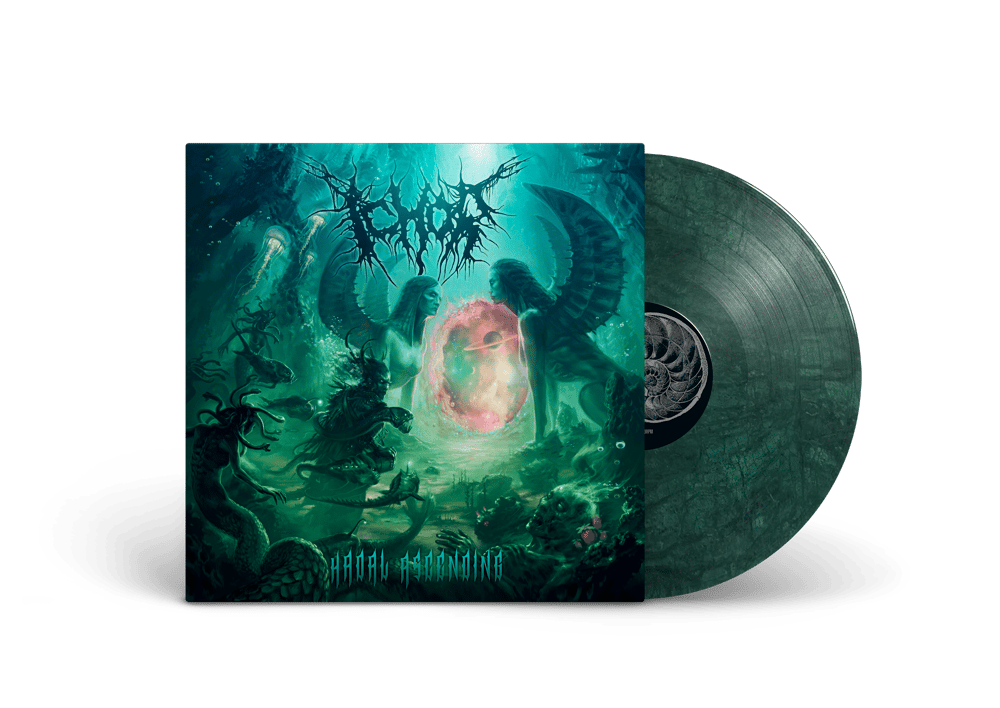 The album contains 10 songs of pure deep sea madness. The album links thematically to the bands’ albums 'Benthic Horizon' and 'Depths'. The fictional story of a devastated and hate-filled deep-sea world full of creatures and mystical beings continues: Human warriors reached the hadal-level in the deep sea and fight a bitter war against gorgons and creatures of the depths. To implore transcendent energies, rituals are held during the slaughter.

Releasedate: December 7th, 2018
DUE TO PROBLEMS IN THE PRESSING PLANT THE SHIPPING STARTS AT THE BEGINNING OF JANUARY 2019...